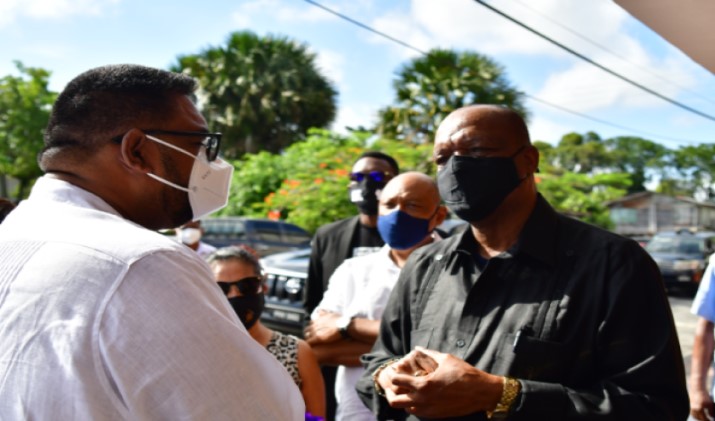 The Opposition APNU-AFC is urging the PPP Regime to immediately address the issues of health care workers with the aim of preventing work case scenarios as a major strike looms.

The APNU+AFC Coalition said it is “horrified by the abhorrent and disgusting threats issued by Attorney General Anil Nandlall and the PPP regime against hardworking frontline health workers” who they said have been putting their lives and health at risk to keep Guyanese safe during a global pandemic which has crippled the world.

“The threats by Nandlall are unconscionable, heartless, wicked and constitute intimidation and bullyism. Without reservation, the APNU+AFC condemns and rebukes Nandlall and the PPP regime for threatening criminal charges and termination of contracts of health care workers at this time when their services are desperately needed.” The opposition said.

The opposition said industrial action is a lawful option available to all categories of workers and noted that the AG is “misinformed, disingenuous or a stranger to the law should he continue to assert otherwise.”

The APNU+AFC Coalition said it is also appalled by the “callous cold-heartedness being displayed by Nandlall and the PPP regime towards Guyana’s health care workers and the shameless attempt to exploit the circumstances for cheap political gain”.